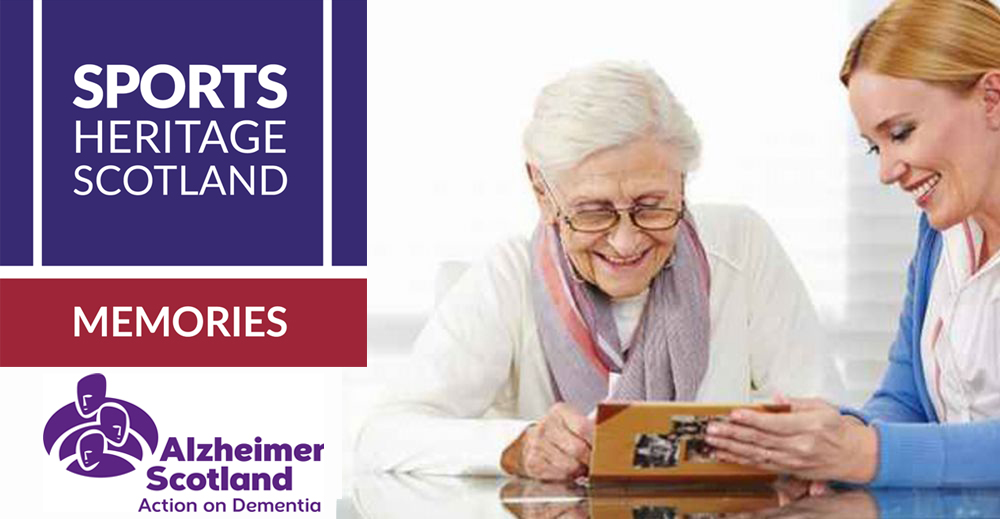 The Memories programmes evolved from the Alzheimer Scotland Reminiscence Networks (ASRN), which were set up to support people living with and affected by dementia through participation in therapeutic intervention-based groups.

Originally set up as Football Memories, it soon became obvious there was demand for similar projects across different sports and interests. Support for the groups was obtained from the governing sports bodies in Scotland and this momentum led to the formation of Sports Heritage Scotland in 2015 with the aim of identifying and preserving Scotland's sporting heritage. Sports Heritage Scotland aims to support exhibitions relating to each sport and to maintain a national sports reminiscence partnership, The Memories Project.

There are now therapeutic Memories sessions for football, rugby, shinty, cricket, golf and speedway. Images from the period 1945 to 1980 are used during regular group meetings to stimulate shared and personal memories, whilst the use of ‘club’ names, ties and sweatshirts creates a valuable sense of belonging.

Sports Heritage Scotland is committed to carrying on the work started by ASRN and further extending it to provide reminiscence therapy to those suffering from other forms of memory loss. The groups will also tackle the problems of general social isolation that can be experienced by older people.

RPF is a founder member of Sports Heritage Scotland, which it currently supports through promotion and involvement on social media, helping to raise awareness of, in particular, Rugby Memories Scotland. In addition to preserving the hertiage associated with Raeburn Place, the creation of the Museum of International Rugby will provide, as a minimum, a home for a new Rugby Memories Scotland club and could also provide a hub for various other Memories groups.

It is the most effective way I can communicate with my Dad and I am getting to know so much more about his life. Family members Alzheimer Scotland Rugby Reminiscence Networks