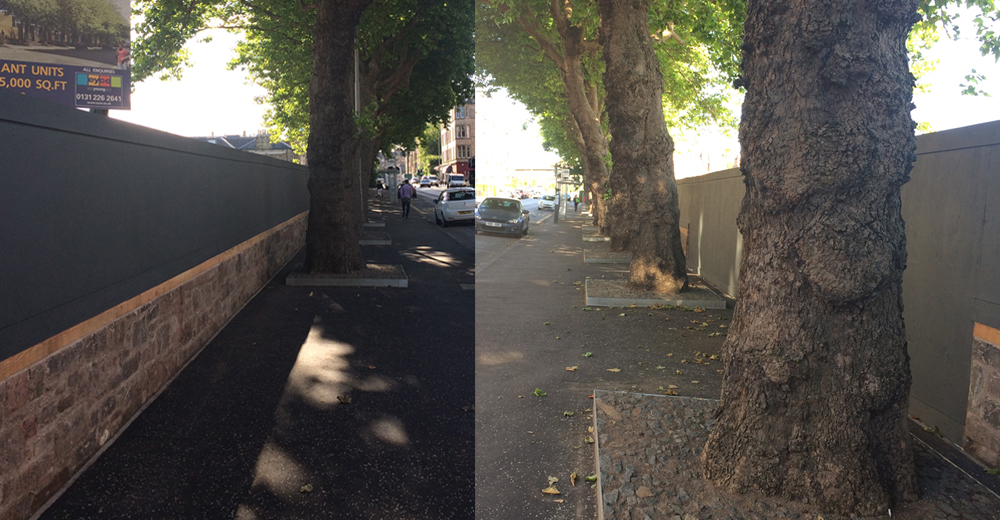 The Court of Session has dismissed Grange Trust’s (Grange) action against The City of Edinburgh Council (the Council) in respect of the Wall along Comely Bank Road in a decision issued on Tuesday 18 July 2017.

The action related to an Agreement entered into in 1912 among Grange, Edinburgh Academical Club (the Club) and the Council in terms of which a strip of land was given up by Grange and EAC to the Council for road widening and construction of a Wall. The Wall is currently listed as part of the adopted road network.

Grange had raised the action to have the Council ordered to rebuild the Wall or prohibit access over it. The Court has ruled that Grange have no title or interest to sue by itself without the Club and accordingly the action has been dismissed. Having title to sue is fundamental to raising court proceedings.

Having dismissed the action on these grounds it was unnecessary for The Court to address any of the other issues arising in the case. However the Court noted that the Wallcould form part of the adopted road if it performed a retaining function and protected the public from activities on the cricket ground.

RPF has always proceeded on the basis that the Wall is listed as part of the adopted road network. Their view is that the Wall did provide a retaining function to the sports grounds (which was at a lower level than the pavement) and/or provides protection to people on the street. RPF is confident that if the evidence were to be led the adopted status of the Wall would be confirmed.

Background to the Action

Grange has claimed ownership of a strip of land (which includes the solum of the former Wall) and that this creates a ransom situation which could stop RPF’s sporting development proceeding. This ownership right has never been contested by RPF, the Club or the Council. In property development terms, a ransom strip can arise when a strip of land is owned by a third party between a development site and the adopted road network. A ransom strip could enable the third party to prohibit access. RPF is aware of the Grange argument but as there is no gap between the development site and the adopted road network, there is no ransom strip. RPF do not require any access or ownership rights from Grange.

Issues for the Grange

Grange were also unsuccessful in their attempt to obtain an interim interdict against RPF in respect of the recent enabling works (which comprise public realm works along Comely Bank Road and Portgower Place). Grange’s action against the Council has now also been dismissed. There may be some sabre-rattling on behalf of the Grange and it is possible that Grange may seek to appeal. However, before doing anything further, there are a number of fundamental issues for Grange such as:

1. 1912 Agreement: The Court has dismissed Grange’s action as the 1912 Agreement which gave up the strip of land to the Council was among three parties. The Club did not and will not support that action.
2. The Wall: Grange’s argument revolves around their ownership of the solum under the Wall. The Court in its decision noted that any private ownership rights are suspended when a road is adopted. RPF have proceeded on the basis that the Wall is listed as part of the adopted road network. RPF has sought and obtained all necessary planning consents and road consents for the public realm works in the vicinity of the development. The solum of the former Wall will therefore be under a public pavement and RPF does not require any ownership or access rights from Grange in order to complete the development.
3. Costs: Grange were unsuccessful in their interim interdict action against RPF and have been unsuccessful in their action against the Council. Costs are normally awarded against the unsuccessful party, ie the Grange in both these cases, so no doubt Grange will be carefully considering the legal costs of its own legal team and those of RPF and CEC before proceeding any further.

Following the dismissal of the action by Grange, RPF is now in a position to proceed with the development and has all necessary local authority and other consents in place.